Posted at 15:02h in exhibitions by hazel raee 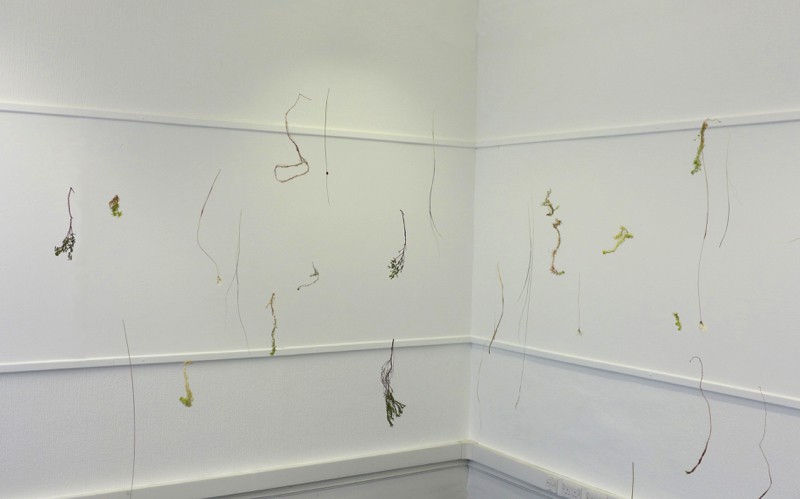 Step into another world

Peatland is a place of transition, it was a liminal space for our ancestors who placed offerings of gold, weapons and tools in the mysterious bog.

I am interested in increasing awareness of the raised bog habitat near Cupar. This particular habitat is typical of lowland areas and used to cover a large expanse in central Scotland along the river Tay. It was up to 10m above the surrounding level of the landscape and was cleared in the 18th century. Peatland is very good as a filter, removing many pollutants from water and is really important as a carbon store. The central belt of Scotland has one of the most significant concentrations of surviving raised bog in Western Europe.

This piece ‘step into another world’ was an immersive installation in a large room in the County Buildings in Cupar. Visitors walked around a hanging quadrat above a peat soaked cloth 2m by 2m with a woven quadrat, 1m by 1m in front and each piece only used the plants from that particular habitat. The quadrat is used by botanists to identify all plants within a square placed on the ground.

As part of the Cupar Arts Festival 2016, Jenny Messenger and I chat about my work on the festival blog 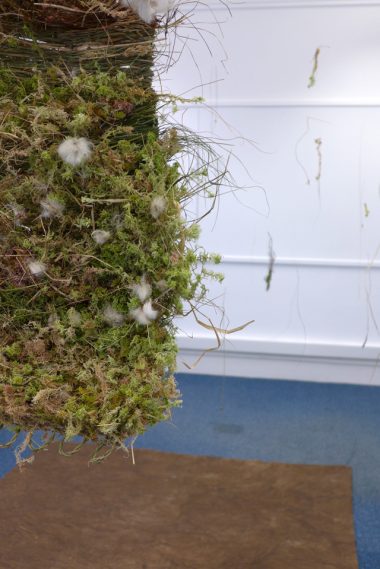 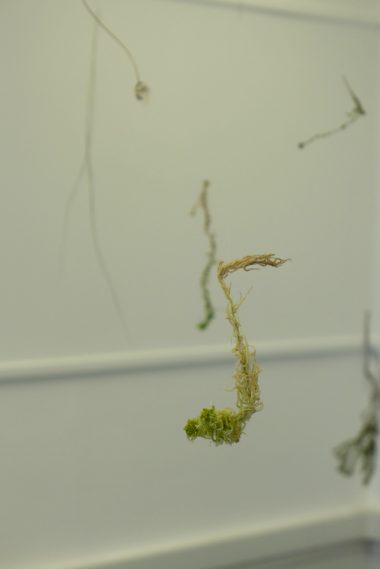 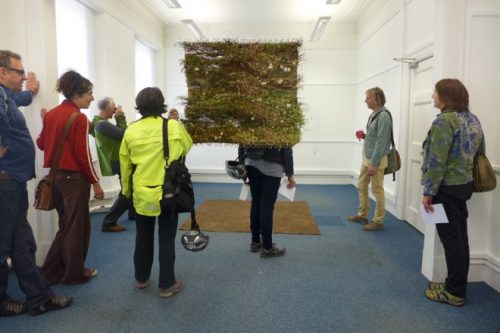 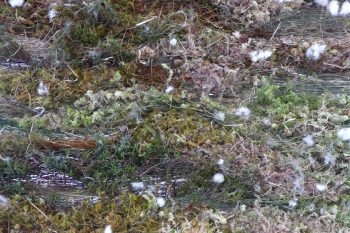 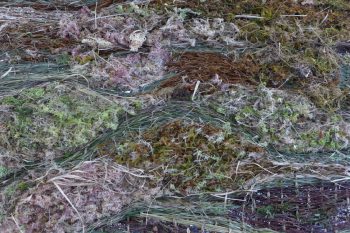